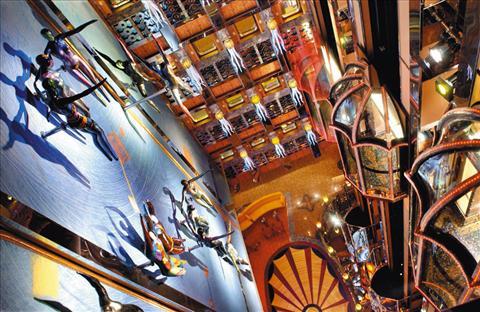 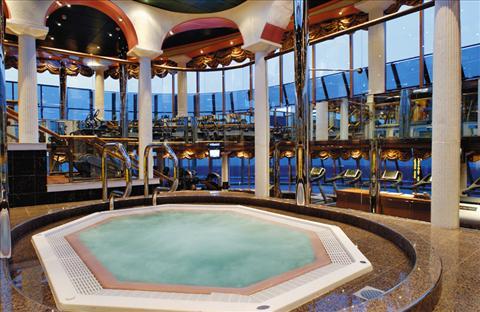 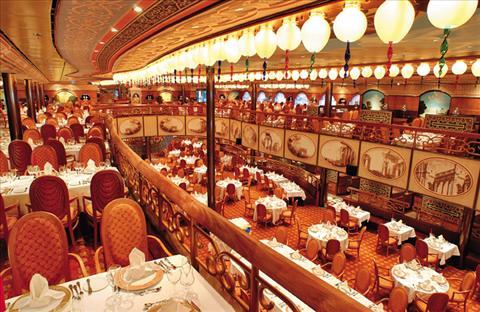 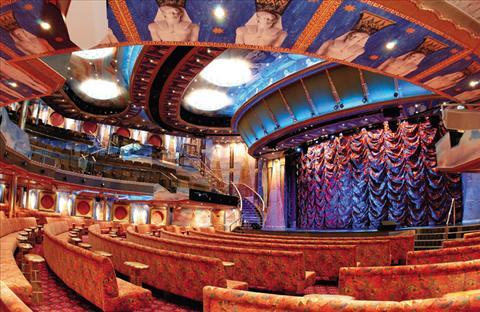 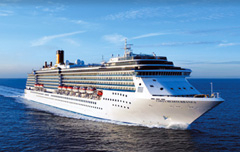 Call us
for the best
cruise deal
*Indicative pricing only.
Please view the important notice.
Hide Image
On board...

Singapore was a small commercial centre in the powerful Srivijaya empire of Sumatra and later, towards the middle of the 13th century, a puppet state of the Majapahit empire in Java, while in the 15th and 16th century it became part of the sultanate of Johor. Singapore’s more recent history is inextricably linked to the figure of Sir Stamford Raffles, an official in the East India Company. With a treaty stipulated with the sultan of Johor in 1819, he established a British settlement in Singapore. He then made the city a resting point to restock the ships of the British Empire and to halt the Dutch expansionist policy.

Located 867 km from Bangkok in the Andaman Sea, Phuket is Thailand’s largest island. With an area of 534 km2 (slightly larger than Malta), it is generally a fairly flat island with a few isolated hills, although the western part has a chain of mountains that run from north to south reaching a peak of 529 m above sea level at Mai Tha Sip Song. 70% of the island is covered by forest.

Port Klang, also known as Port Swettenham, is Malaysia's main port and, located in the Klang district in the State of Selangor on the Strait of Malacca, its serves the Klang Valley and therefore Kuala Lumpur and the administrative capital Putrajaya. Klang is still described as the “royal city” of the State of Selangor (indeed it was state capital before being replaced by Kuala Lumpur) and lies 32 km from Kuala Lumpur and 6 km from Port Klang. For centuries the Klang district was an important tin mining area, leading to the arrival in the region of the Chinese and later the British. The management of the tin trade, at the time considered a semi-precious metal, lead to friction and serious tension between Raja Abdullah and Raja Mahadi and their respective followers culminating in the outbreak of civil war in 1867. The war lasted 7 years and was eventually settled following the intervention of the British, who made Klang the capital of the British colony. In 1896 the State of Selangor, along with three other states, formed the Federation of Malaysian States with Kuala Lumpur its capital city, and it was at this point that Klang's importance diminished. In 1957 the Federation enlarged to encompass 11 States, changing its name to the Federation of Malaysia and gaining its independence from Great Britain. In 1963 another three states joined the Federation including Singapore, which, however, was to leave just two years later. In the mid-nineties construction work began in the new Malaysian administrative capital Putrajaya. In 1999 the first executive offices were transferred from Kuala Lumpur around 25 km south to Putrajaya, as administrative and ministerial departments, as well as the Prime Minister's offices, were decentralised to the sparkling Perdana Putra complex surrounded by nature and botanical gardens. The new capital will be an example of electronic administration where paper is replaced by the latest in multimedia and telecommunications technology. The complex also includes a mosque with a capacity of 15,000 and a 116 metre-high minaret, while further wings house a museum, a library, an auditorium and an exhibition room. The development of the city is part of the ambitious Malaysian “Multimedia Super Corridor” project, a hi-tech district that begins at the world-famous Petronas Towers in the centre of Kuala Lumpur and passes through Putrajaya before arriving at the international airport. Kuala Lumpur, or simply KL to the local population, is a city with a population of around 1.5 million. It name, literally meaning “muddy river”, was given to the city by the first miners that settled at the convergence point of the Klang and Gombak rivers around 1860. The Petronas Towers are the most famous buildings in the city thanks in part to the film “Entrapment” directed by Jon Amiel in 1999 and starring Sean Connery and Catherine Zeta Jones. These “twin towers”, designed by Argentine-American architect Cesar Pilli, were completed in 1997 and, reaching a height of 452 metres, were the tallest buildings in the world until 2003 when they were eclipsed by 509-metre Taipei 101, also known as the Taipei Financial Centre. Kuala Lumpur is not just a modern city though – it also has a historical centre with various colonial constructions located around the main square, Merdeka Square, once used as an area for playing cricket and the site from where independence was proclaimed in 1957. The square is dominated by the Moorish-style Sultan Abdul Samed Building with its 43-metre clocktower. Other buildings of interest in the city include: the train station, built in 1910 and renovated in 1987, with its minarets, cupolas, towers and arches, the Masjid Jamek mosque with its onion domes, and the Parliament, also Moorish in style. The “Central Market”, located in an art-deco structure used half a century ago for trade, is also worth a visit. Nowadays it represents KL's cultural centre with its numerous activities such as batik painting, its blown glass studios, marionette shows and shadow theatres, dance classes and so on.
Call us
for the best
cruise deal
*Indicative pricing only.
Please view the important notice.
Hide Image
With

A visit to a seventeenth century palace will surprise and excite you as much as a cruise on Costa Mediterranea: beautiful, refined and fascinating in every detail, it is a ship inspired by Italian elegance, with fine details and a wealth of works of art. The sumptuous furnishings are complemented by modern services, large and comfortable cabins, most of which include a private balcony, plus a spacious, bright and gym with sea views.

3 night cruise sailing from Venice aboard the Costa Mediterranea.
Departs 29 Sep 2020
from
$425*
per person twin share

3 night cruise sailing from Venice aboard the Costa Mediterranea.
Departs 26 Sep 2020
from
$560*
per person twin share

Ready to set sail?
Call Us 0800 22 11 14
and quote 9168661.
Email a Cruise Expert
Enquire Online »
Why Choose Cruiseabout?
Experts ready to assist in providing you with your complete cruise holiday in store, by phone or online.