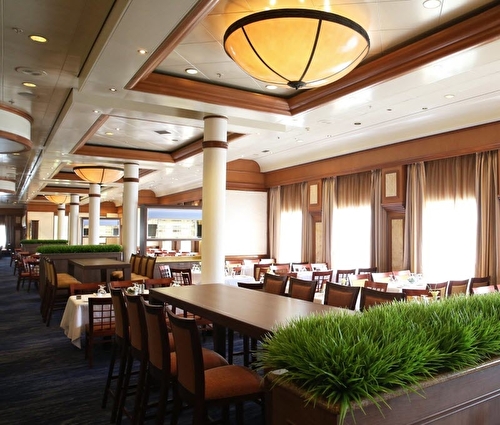 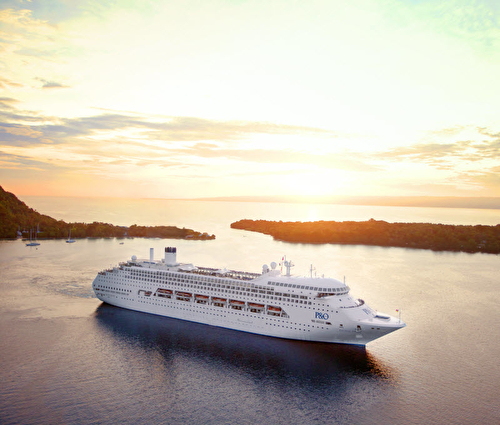 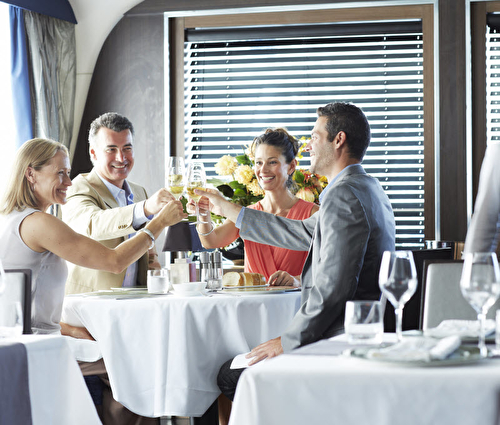 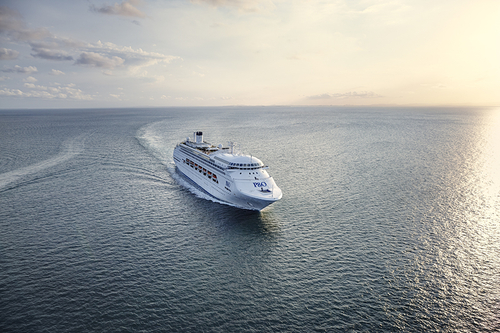 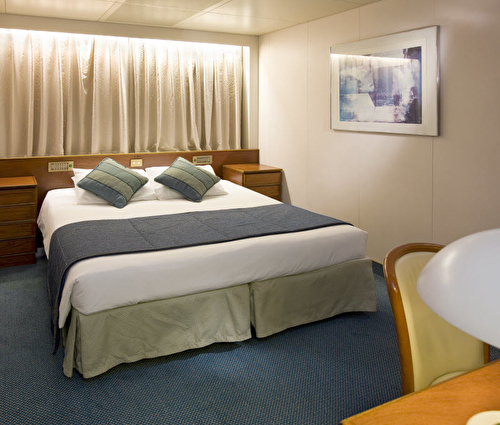 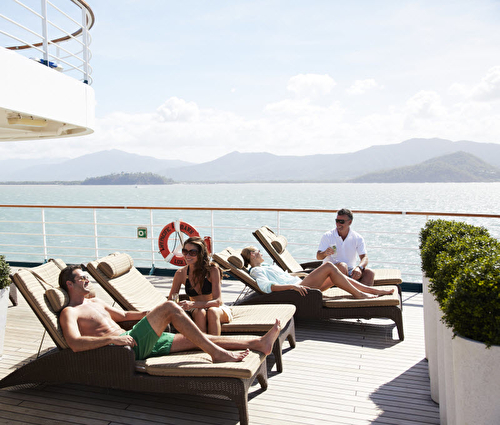 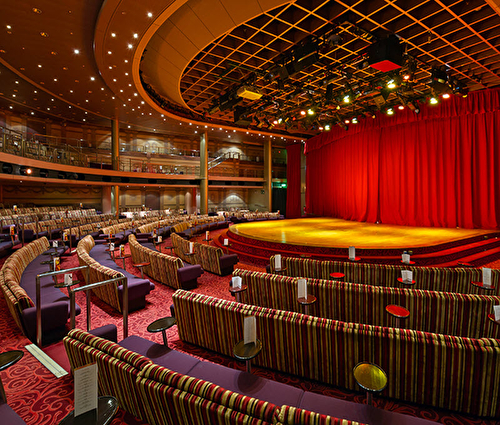 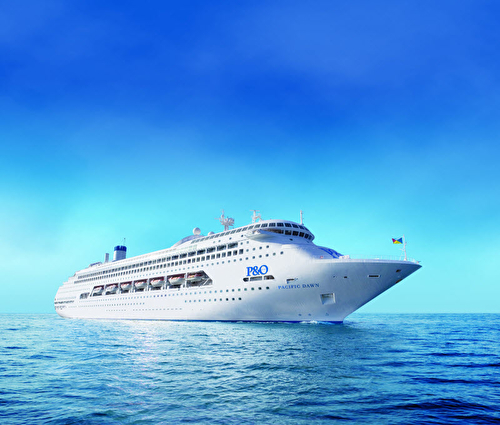 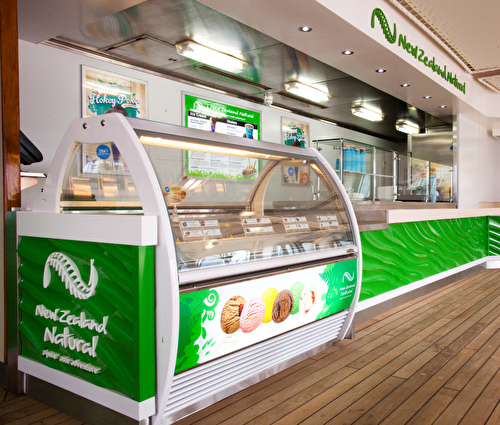 P&O guests can now slip and slide their way to the Pacific onboard Pacific Dawn, which features the wildest and longest waterslides on an Australian cruise ship. The two new sli.. Read more
3 night cruise sailing from Brisbane aboard the Pacific Dawn

P&O Cruises is Australia’s leading cruise line to destinations close to our shores. They offer an affordable and fun way to cruise, making P&O Cruises perfect for a family holiday, a romantic getaway, or a fun holiday with friends. With a fleet of four ships, including Pacific Dawn, Pacific Sun, Pacific Jewel and Pacific Pearl, you can cruise to Indonesia, Australia, the Pacific Islands and New Zealand. In Indonesia you can visit the temple of Borodurdur, or take a traditional cooking class in Lombok. Experience a different side of Australia and take a winery tour through South Australia’s McLaren Vale, or a ride a camel on Broome’s Cable Beach. Watch sharks and rays from a glass bottom boat off the coast of Bora Bora, or take a parasailing tour of Moorea. In New Zealand tour Auckland’s wine trail or visit ancient rainforests and black sand beaches.

The number of activities to do offshore is equally matched with activities onboard, and there’s something on offer to suit any guests’ tastes. You can spend your days taking in wine lectures, dance lessons or trying your luck at bingo. Relax beside the pool or indulge in a massage. At night, enjoy P&O’s themed bars, musical productions, comedy acts and live bands. Dress up for Cocktail Night and stay up late dancing and playing in the onboard casino. With all of this on offer, you will feel like you are on a resort at sea, rather than on a cruise!

P&O Cruises are a feast for your senses, with array of dining options and tantalising choices. With “Your Choice Dining” you can choose what to eat, and with whom, when and where. You can dine at the lavish buffet, or choose a four-course a la carte menu in the formal dining room. For an extra special experience, head for steak and seafood at celebrity Chef Luke Mangan’s restaurant, Salt Grill. Have a casual meal at the pizzeria, or relax by the pool with a quick snack. And if none of these take your fancy, room service is available all day.

P&O Cruises are perfect for young sailors, as they have three onboard Children’s Centres to keep kids entertained. For children aged three to six, there is the Turtle Cove offering arts and crafts, movies, scavenger hunts, talent shows and the Ocean Friends Club. The Shark Shack is available for seven to 10 year olds who want to take part in PlayStation competitions, talent shows and more! For 11 to 17 year olds, there is HQ and HQ+ offering sports competitions, pizza parties, hip-hop classes and more cool activities. All of the centres offer fun in a friendly and safe environment.
Read more about P&O Australia

P&O guests can now slip and slide their way to the Pacific onboard Pacific Dawn, which features the wildest and longest waterslides on an Australian cruise ship. The two new slides, both around 80 metres long, form the centrepiece of a massive refurbishment of the Brisbane-based superliner. One slide is transparent so that spectators can watch guests shoot through its twists and turns, while the other slide is multi-coloured, with music pumping through it to give guests a high impact ride to the bottom. Other additions include a waterpark and P&O’s first virtual reality activity at sea from Sony Interactive Entertainment Australia. As part of the refurbishment, the 2000-guest Pacific Dawn has also become the first in the fleet to wear the cruise line’s striking new livery featuring the Southern Cross, a national symbol in both Australia and New Zealand. Additions to the 70,000-tonne ship include more than 3000 pieces of new and reupholstered furniture, more than 1500 pieces of art and accessories and more than 500 new pieces of signage. In the teenage clubs, HQ and HQ+, the entertainment has gone to a whole new level with the cruise line’s new virtual reality experience, featuring a range of popular Sony PS4 titles including Tearaway Unfolded, Gravity Rush 2 and Ratchet & Clank as part of the exclusive partnership with Sony. Pacific Dawn’s guests can now also enjoy a range of other new features on the ship including The Pantry, an international market place of nine fresh food outlets which replaces the traditional ship buffet. Among its offerings are the Mediterranean-inspired Nic and Toni’s and seafood restaurant, Shell & Bones. Meanwhile some of the ship’s key public spaces – including the atrium, Charlie’s cafe, The Orient and the Promenade Bar – have been redesigned to mirror the contemporary look which has become a trademark of the P&O fleet in recent years. The refit comes at the start of P&O’s biggest year of Queensland cruising, with two ships sailing from Brisbane year round.

3 night cruise sailing from Melbourne aboard the Pacific Dawn.
Departs 04 Dec 2020
from
$439*
per person twin share

3 night cruise sailing from Brisbane aboard the Pacific Dawn.
Departs 10 Oct 2020
from
$439*
per person twin share

3 night cruise sailing from Brisbane aboard the Pacific Dawn.
Departs 13 Jun 2020
from
$439*
per person twin share

3 night cruise sailing from Melbourne aboard the Pacific Dawn.
Departs 27 Nov 2020
from
$439*
per person twin share

3 night cruise sailing from Melbourne aboard the Pacific Dawn.
Departs 08 Feb 2021
from
$453*
per person twin share

3 night cruise sailing from Brisbane aboard the Pacific Dawn.
Departs 12 Sep 2020
from
$492*
per person twin share

3 night cruise sailing from Brisbane aboard the Pacific Dawn.
Departs 18 Apr 2020
from
$498*
per person twin share

3 night cruise sailing from Brisbane aboard the Pacific Dawn.
Departs 11 Jul 2020
from
$505*
per person twin share

Ready to set sail?
Call Us 0800 22 11 14
and quote 5358681.
Email a Cruise Expert
Enquire Online »
Why Choose Cruiseabout?
Experts ready to assist in providing you with your complete cruise holiday in store, by phone or online.