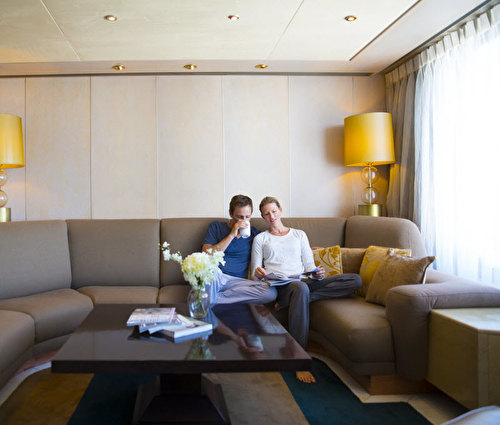 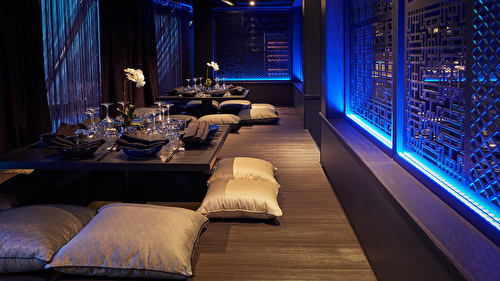 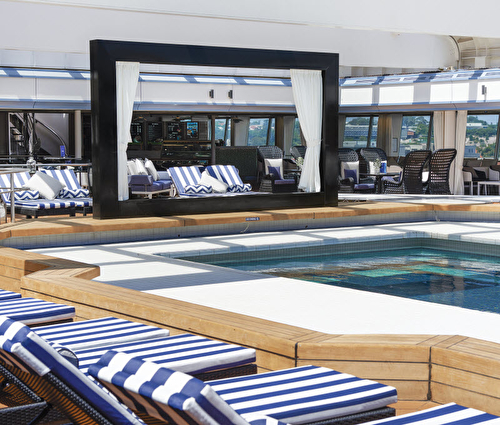 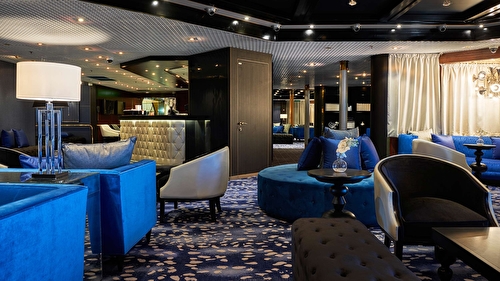 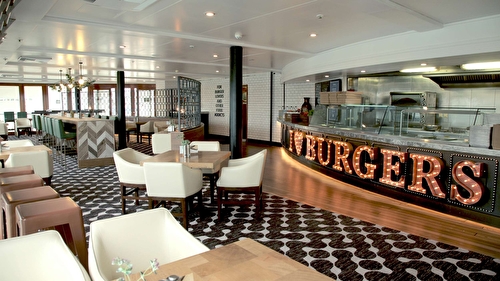 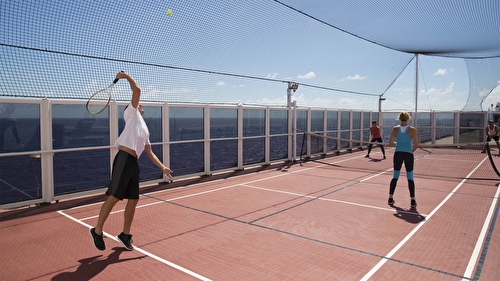 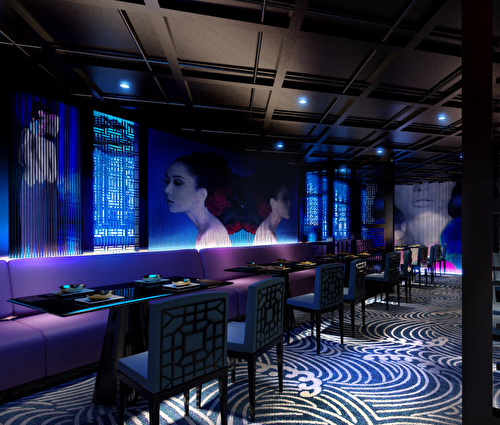 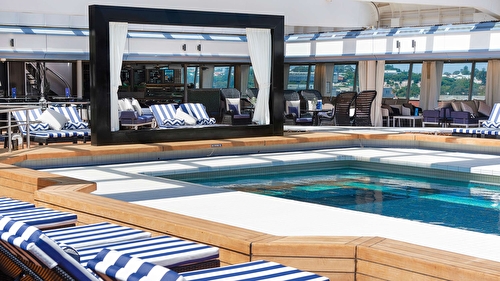 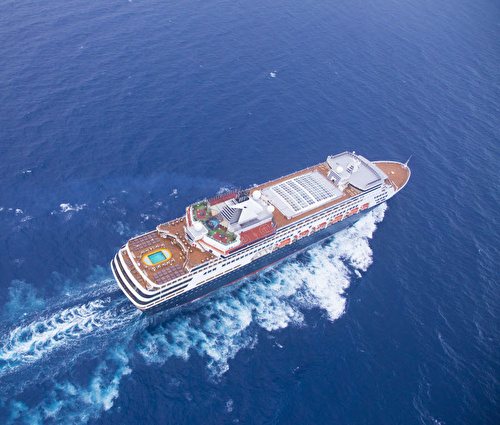 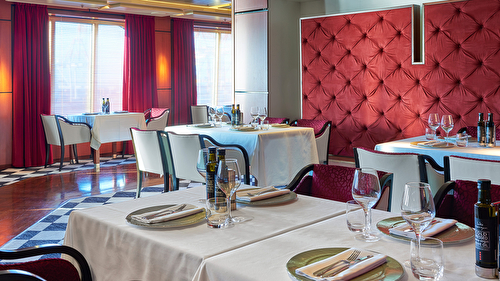 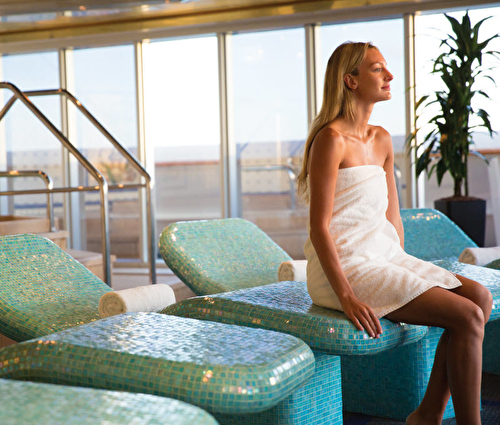 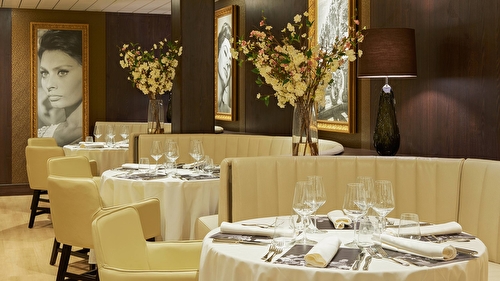 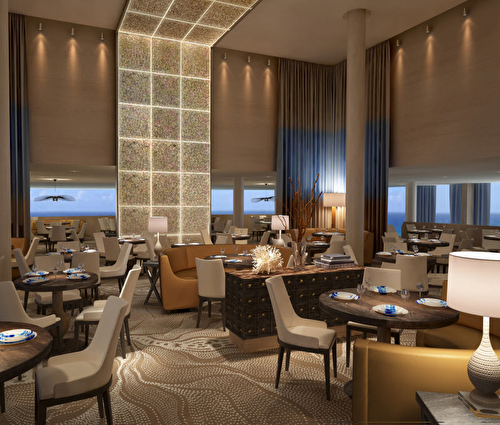 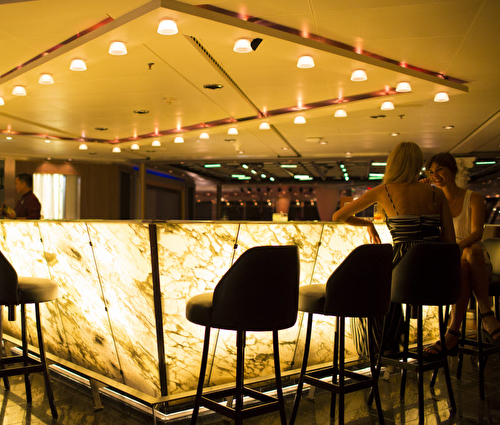 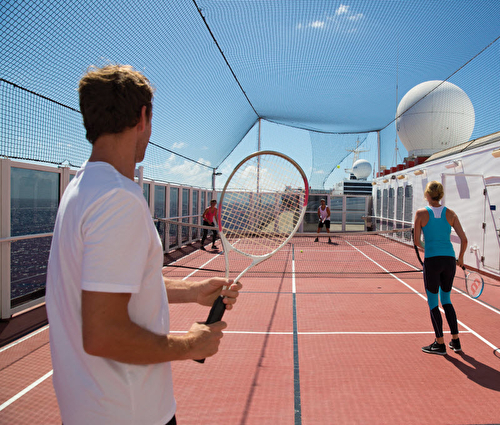 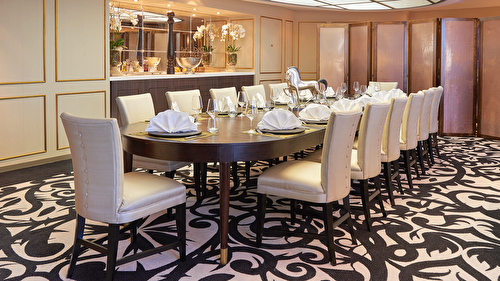 Pacific Aria
Let your troubles float away on Pacific Aria. Dig in with sixteen dining experiences, catch a movie at the Premium Cinema and swim in the top deck pool – it’s open no matter the weather thanks to .. Read more
10 night cruise sailing from Auckland aboard the Pacific Aria
Visit Suva, Port Denarau, Vava 'u, Tonga Islands, Nuku 'Alofa and Auckland.

Auckland lies between two enormous harbours and is dominated by the peak of the volcanic Rangitoto Island. Enjoy island wine trails, forest walks and urban sophistication.

Suva, Fiji's capital is on the south-eastern coast of the big island of Viti Levu. Suva is the country's political and administrative centre as well as the major port. Suva and its urban surrounds are home to half of Fiji's urban population, and it is one of the South Pacific's largest and most sophisticated cities, housing the University of the South Pacific, the fascinating Fiji Museum and many interesting colonial-era buildings. It's a multicultural city with many mosques, temples, churches and cultural centres. The Roman Catholic Cathedral (1902) is one of the city's most prominent landmarks. The waterfront area is very interesting, and the Suva Municipal Market is a must-see for visitors for its exotic fruits and vegetables, kava, fish and seafood, and spices. It has an exciting multicultural flavour, with vendors selling brightly coloured Indian sweets and savouries, and fruit drinks from glass tanks.

Leave your stress at the door because Port Denarau is the place for ultimate rejuvenation. From local masseurs with magic fingers to Sabeto’s natural thermal mud pools, you’ll leave Port Denarau more relaxed than when you arrived. Once you’re up for some fun again, explore the white sand beaches, coral and wildlife of the Fijian island. Hook yourself a tuna or learn some new moves watching cultural dances with the locals.

The Vava'u (pronounced "vav-ah-oo") Group of islands lies 240km (150 miles) north of Tongatapu and is the northernmost of Tonga's three island groups. It is fairly isolated and many of the local people live a traditional subsistence lifestyle, owning small farms and serving most of their needs from what they produce. This group of 50 or so thickly wooded islands has excellent diving, with visibility often as much as 30m (100ft). Vava'u is also popular for the fabulous beaches, swimming, snorkelling, and reef viewing and is a Mecca for sport fishing and big game fishing. Local attractions include the Fangatongo Royal Residence, the view from Mount Talau and Sailoame Market in Neiafu, the main town.

P&O Cruises is Australia’s leading cruise line to destinations close to our shores. They offer an affordable and fun way to cruise, making P&O Cruises perfect for a family holiday, a romantic getaway, or a fun holiday with friends. With a fleet of four ships, including Pacific Dawn, Pacific Sun, Pacific Jewel and Pacific Pearl, you can cruise to Indonesia, Australia, the Pacific Islands and New Zealand. In Indonesia you can visit the temple of Borodurdur, or take a traditional cooking class in Lombok. Experience a different side of Australia and take a winery tour through South Australia’s McLaren Vale, or a ride a camel on Broome’s Cable Beach. Watch sharks and rays from a glass bottom boat off the coast of Bora Bora, or take a parasailing tour of Moorea. In New Zealand tour Auckland’s wine trail or visit ancient rainforests and black sand beaches.

The number of activities to do offshore is equally matched with activities onboard, and there’s something on offer to suit any guests’ tastes. You can spend your days taking in wine lectures, dance lessons or trying your luck at bingo. Relax beside the pool or indulge in a massage. At night, enjoy P&O’s themed bars, musical productions, comedy acts and live bands. Dress up for Cocktail Night and stay up late dancing and playing in the onboard casino. With all of this on offer, you will feel like you are on a resort at sea, rather than on a cruise!

P&O Cruises are a feast for your senses, with array of dining options and tantalising choices. With “Your Choice Dining” you can choose what to eat, and with whom, when and where. You can dine at the lavish buffet, or choose a four-course a la carte menu in the formal dining room. For an extra special experience, head for steak and seafood at celebrity Chef Luke Mangan’s restaurant, Salt Grill. Have a casual meal at the pizzeria, or relax by the pool with a quick snack. And if none of these take your fancy, room service is available all day.

P&O Cruises are perfect for young sailors, as they have three onboard Children’s Centres to keep kids entertained. For children aged three to six, there is the Turtle Cove offering arts and crafts, movies, scavenger hunts, talent shows and the Ocean Friends Club. The Shark Shack is available for seven to 10 year olds who want to take part in PlayStation competitions, talent shows and more! For 11 to 17 year olds, there is HQ and HQ+ offering sports competitions, pizza parties, hip-hop classes and more cool activities. All of the centres offer fun in a friendly and safe environment.
Read more about P&O Australia

Let your troubles float away on Pacific Aria. Dig in with sixteen dining experiences, catch a movie at the Premium Cinema and swim in the top deck pool – it’s open no matter the weather thanks to a climate controlled retractable roof! Head to the Blue Room for live music all day (and all night) long. With everything from Blues to RnB, jazz and funk, this isn’t your typical cruise music. It’s the perfect venue for a nightcap after one of our brand new production shows or themed parties. The Dome: Let our resident DJs help you dance the night away. They know just how to get the party started so make sure you wear the right shoes to burn a hole in the dance floor. Salt Grill: Australia’s first celebrity chef restaurant at sea offers a truly unforgettable dining experience that’s sure to be a highlight of your holiday. Angelo’s: Welcome to classy upscale Italian dining with modern charm. Enjoy la dolce vita and indulge in a dinner to remember. Dragon Lady: Be seduced by the mysterious setting and exotic spices at our Pan-Asian restaurant Dragon Lady.

2 night cruise sailing from Melbourne aboard the Pacific Aria.
Departs 09 Mar 2020
from
$261*
per person twin share

4 night cruise sailing from Auckland aboard the Pacific Aria.
Departs 12 Oct 2020
from
$358*
per person twin share

3 night cruise sailing from Adelaide aboard the Pacific Aria.
Departs 16 Mar 2021
from
$367*
per person twin share

3 night cruise sailing from Adelaide aboard the Pacific Aria.
Departs 30 Jan 2021
from
$472*
per person twin share

3 night cruise sailing from Adelaide aboard the Pacific Aria.
Departs 20 Feb 2021
from
$498*
per person twin share

Ready to set sail?
Call Us 0800 22 11 14
and quote 5358569.
Email a Cruise Expert
Enquire Online »
Why Choose Cruiseabout?
Experts ready to assist in providing you with your complete cruise holiday in store, by phone or online.