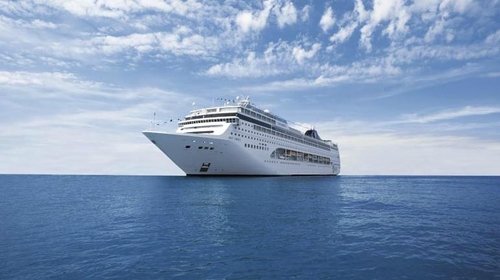 Oceanview from
$709*
per person in a
twin-share cabin
*Indicative pricing only.
Please view the important notice.
Hide Image
On board...

MSC Lirica
These days when vast and impossibly glitzy cruise ships seem to appear every year, it is something of a comfort to know that there are cruise ships that maintain a certain restrained style. MSC Lirica.. Read more
6 night cruise sailing from Venice aboard the MSC Lirica
Visit Zadar, Croatia, Corfu, Kotor, Split and Trieste.

Venice, a romantic MSC Mediterranean Cruises destination, is an artisan masterpiece. The city is built on 118 small islands, separated by canals, in a shallow lagoon in the Adriatic Sea. This UNESCO World Heritage Site overflows with beauty – from the gondola-lined canals and ancient marble palaces to historical architectural feats like St. Mark’s Basilica and the Palazzo Contarini del Bovolo. Visiting Venice is like being in a fabled land, a scintillating mix of culture, history, and water.

The ancient capital of Dalmatia, Zadar, is a jewel of the Croatian coast. This MSC Mediterranean Cruises destination delivers the perfect blend to visitors — history, architecture, and natural wonders. Admire medieval churches, ancient ruins, impressive waterfalls, and a glorious harbour. Marvel at the backdrop of the rugged Dinaric Alps before exploring the beauty of Croatia’s National Parks.

Kotor is one of the most atmospheric medieval towns on Montenegro’s Adriatic coast, set against a backdrop of breathtaking mountains. It's an attractive MSC Mediterranean Cruises destination for those with a love of history and architecture. Glimpse ancient churches, an array of rustic palaces, and a maze of streets and squares. Kotor is also a gateway for other extraordinary Montenegro destinations, such as the stunning town of Perast.

With its seafront cafés and ancient alleyways, shouting stallholders and travellers on the move, bustling, exuberant Split is one of Croatia’s and the Mediterranean’s most compelling cities, it’s easy to see this feeling when you step aground from your MSC cruise. It has a unique historical heritage too, having grown out of the palace built here by the Roman Emperor Diocletian in 295AD. The palace remains Split’s central ingredient, having been gradually transformed into a warren of houses, tenements, churches and chapels by the various peoples who came to live here after Diocletian’s successors had departed. Adapted long ago to serve as Split’s town centre, Diocletian’s Palace is certainly not an archaeological “site”. Although set-piece buildings such as Diocletian’s mausoleum (now the cathedral) and the Temple of Jupiter (now a baptistery) still remain, other aspects of the palace have been tinkered with so much by successive generations that it is no longer recognizable as an ancient Roman structure. Best place to start exploring with an MSC excursion the seaward side of the palace is Split’s broad and lively Riva. Running along the palace’s southern facade, into which shops, cafés and a warren of tiny flats have been built, the Riva is where a large part of the city’s population congregates day and night to meet friends, catch up on gossip or idle away an hour or two in a café. Nearly everything worth seeing in Split is concentrated in the compact Old Town behind the waterfront Riva, made up in part of the various remains and conversions of Diocletian’s Palace itself, and the medieval additions to the west of it. You can walk across this area in about ten minutes, although it would take a lifetime to explore all its nooks and crannies.
Oceanview from
$709*
per person in a
twin-share cabin
*Indicative pricing only.
Please view the important notice.
Hide Image
With

Oceanview from
$709*
per person in a
twin-share cabin
*Indicative pricing only.
Please view the important notice.
Hide Image

6 night cruise sailing from Venice aboard the MSC Lirica.
Departs 28 Mar 2021
from
$689*
per person twin share

7 night cruise sailing from Venice aboard the MSC Lirica.
Departs 31 Oct 2021
from
$729*
per person twin share

7 night cruise sailing from Venice aboard the MSC Lirica.
Departs 24 Oct 2021
from
$759*
per person twin share

7 night cruise sailing from Venice aboard the MSC Lirica.
Departs 17 Oct 2021
from
$759*
per person twin share

7 night cruise sailing from Venice aboard the MSC Lirica.
Departs 25 Apr 2021
from
$779*
per person twin share

7 night cruise sailing from Trieste aboard the MSC Lirica.
Departs 01 May 2021
from
$839*
per person twin share

7 night cruise sailing from Venice aboard the MSC Lirica.
Departs 28 Mar 2021
from
$839*
per person twin share

7 night cruise sailing from Trieste aboard the MSC Lirica.
Departs 17 Apr 2021
from
$839*
per person twin share

Ready to set sail?
Call Us 0800 22 11 14
and quote 13203661.
Email a Cruise Expert
Enquire Online »
Why Choose Cruiseabout?
Experts ready to assist in providing you with your complete cruise holiday in store, by phone or online.