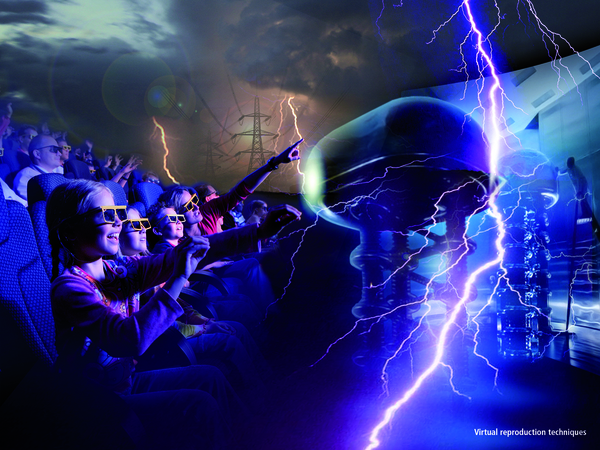 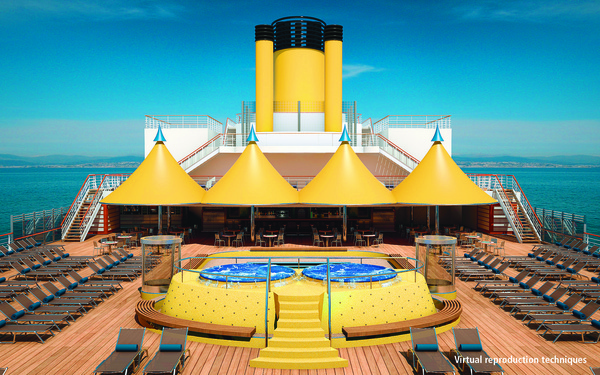 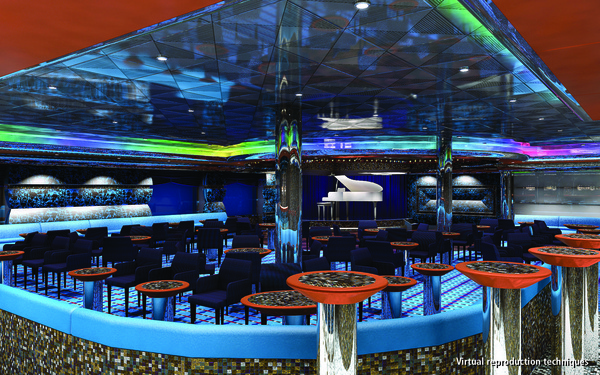 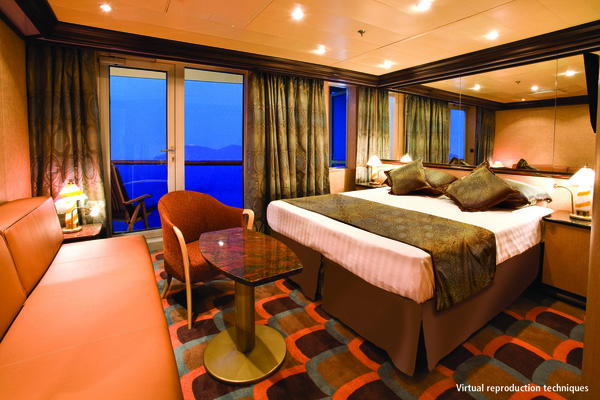 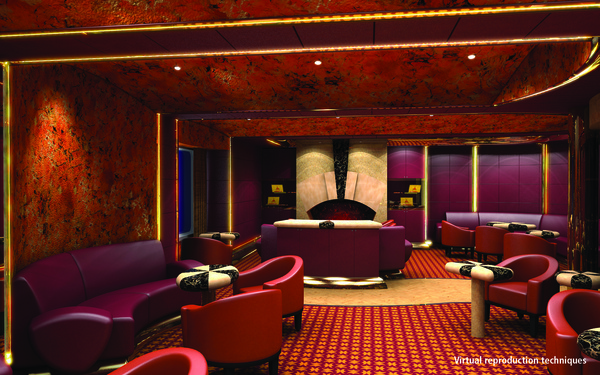 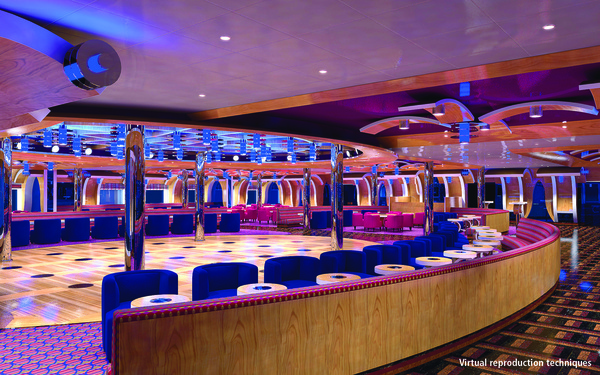 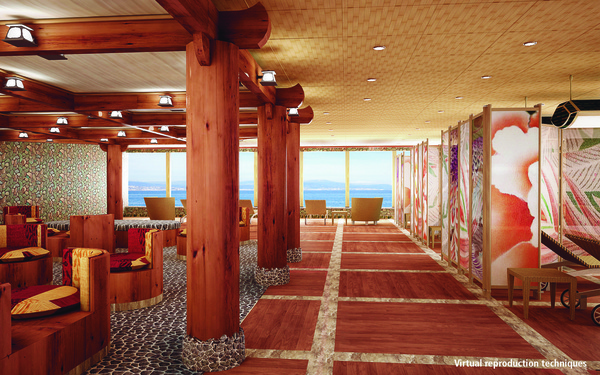 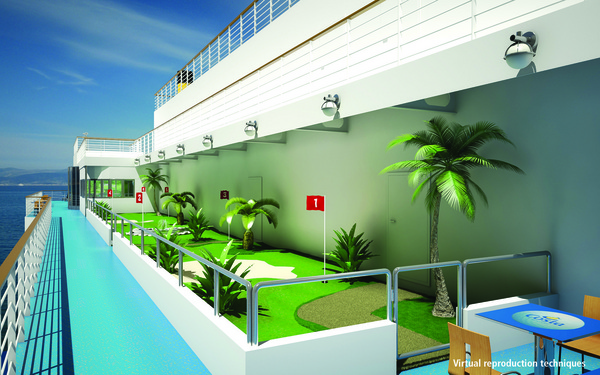 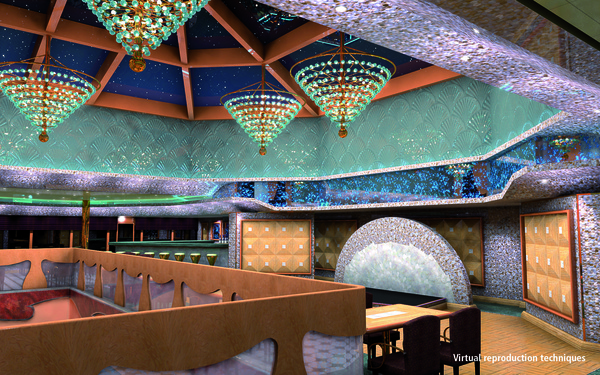 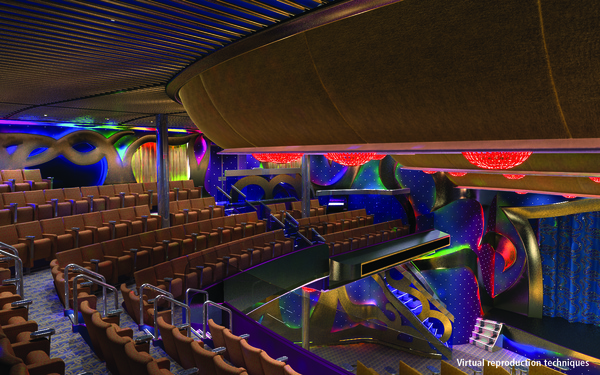 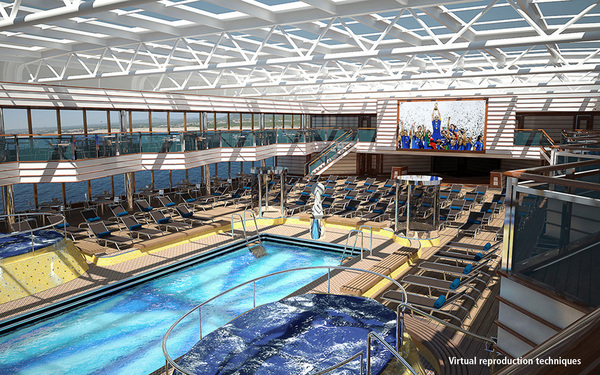 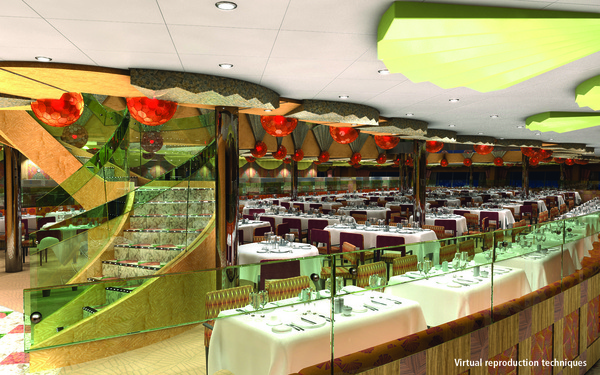 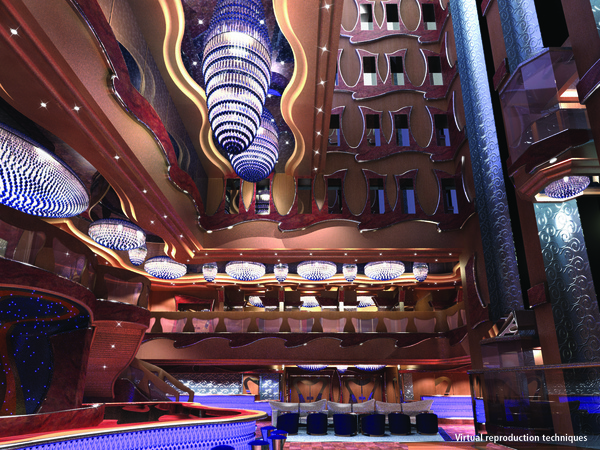 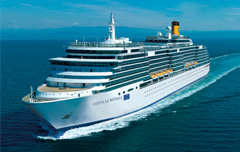 Costa Luminosa
Costa Luminosa is a unique ship. The design, precious and refined materials, plus new attractions and architectural solutions make the ship both charming and innovative at the same time. A cruise on .. Read more
7 night cruise sailing from Barcelona aboard the Costa Luminosa
Visit Marseille, Savona, Rome (Civitavecchia), Messina, Katakolon and Venice.

A pleasant thing to do is simply sit down at one of the cafes overlooking the port of Marseilles and, sipping a Pastis, observe the landscape and the people who inhabit it. Also called the "Porpoise City ", Marseille is France’s sunniest town, charming with its gullies where you can swim, its history and culture and restaurants with cosmopolitan cuisine. You cannot leave without having first toured on the “Cours Julien”, the street for shopping. The port of Marseille is perhaps a typical tourist destination, but it deserves to be visited for the ferry that leaves from the Town Hall and the old church, which replaced a Templar building.

Above the port of Savona, the Priamar Fortress greets every departure and arrival of the Costa ships sailing in the Mediterranean. Genoa and its aquarium are nearby. The port of Savona, which you can explore during your cruise in Italy, is one of the prettiest of the Italian Riviera. The lovely climate, summers that are never to hot, mild winters and the exceptional beauty of the sea near the town makes Savona an excellent base to set out to explore Liguria. Savona is notable for the Priamar Fortress, which has dominated the town since the 16th century, and also for its historic centre where you can visit Savona Cathedral. A stop in Savona can also be an opportunity to visit the nearby city of Genoa and its narrow, picturesque streets, known as “caruggi”.

From the ancient port of Civitavecchia you will land in the heart of the Roman and Etruscan civilisations; the old town is also a fabulous mediaeval village. Civitavecchia of today is the result of a thousand-year long process of civilisation and urbanisation in the Lazio region. In the area, close to where this city is located (and just 70 km from Rome), there are important historical elements that, over the centuries, have overlapped and accumulated to confirm the presence and evolution of organised social groups as far back as the prehistoric age. In fact, numerous traces of primitive settlements are found along the coast of Civitavecchia. Equally numerous and important are the Etruscan, Roman and mediaeval structures that have made the city an important urban centre and renowned as the Port of Rome since antiquity. During a cruise departing from Civitavecchia, before continuing in the Mediterranean, you can take advantage of this stop to visit Rome, the grandiose capital with its world-famous monuments: the Forums, the Colosseum, the Pantheon, Trajan's Column, the St. Peter’s Basilica, the Vatican Museums, the Sistine Chapel, the Trevi Fountain, Piazza Navona, Piazza Venezia, Piazza di Spagna and many more.

The origins of Messina are uncertain, as is the case with other cities on the island of Sicily. The first evidence of the city concerns Zancle, its first name, as baptised by Zanclon, a character of mystery and legend. The historical centre of the city was constructed by the Phoenicians who made Messina a flourishing commercial centre, followed by Greek colonists from Cumae and Euboea.

Costa Luminosa is a unique ship. The design, precious and refined materials, plus new attractions and architectural solutions make the ship both charming and innovative at the same time. A cruise on Costa Luminosa is a journey through light in all its forms: from the transparency of the glass structures to the myriad reflections of the Murano glass chandeliers, from the iridescent fabrics of the furnishings to the dancing lights and shows at the Phoenix Theatre, from the revitalising energy of the Samsara Spa to the pure adrenalin of virtual reality. From the Supernova Atrium onwards, the brightests stars in the universe will accompany you through every environment: in the Taurus and Andromeda Restaurants, the Vega Casino, the Antares, Sirius, Elettra bars... discover all the best that a Costa holiday has to offer on a single cruise.

6 night cruise sailing from Marseille aboard the Costa Luminosa.
Departs 29 Mar 2021
from
$494*
per person twin share

7 night cruise sailing from Barcelona aboard the Costa Luminosa.
Departs 28 Mar 2021
from
$603*
per person twin share

Ready to set sail?
Call Us 0800 22 11 14
and quote 12943589.
Email a Cruise Expert
Enquire Online »
Why Choose Cruiseabout?
Experts ready to assist in providing you with your complete cruise holiday in store, by phone or online.