How to Pick a Cruise Ship

Picking the perfect ship for your next cruise can be tricky, as there are tons of cruises to choose from and each cruise line tries to convince you that they can offer you exactly what you are looking for. But, cruise lines have also recently been trying to carve out distinctive lifestyle niches for themselves, and even if lines and ships seem similar at first, they all have their own quirks and perks.

It isn’t always immediately obvious which lifestyle vibe a cruise line offers, so we have put together a list of personality types that are common onboard cruise ships, and tried to match these to the cruise lines and ships that would suit them best.

Royal Caribbean’s Oasis class – Oasis of the Seas, Allure of the Seas

If you don’t find your match in these Royal Caribbean ships, then have a look at Norwegian Cruise Line’s Norwegian Gem, Norwegian Pearl and Norwegian Epic.

If Princess Cruises’ isn’t your style, have a look at any of Windstar Cruises’ three ships.

Another alternative is Paul Gauguin Cruises’, which bases itself in the South Pacific – easily one of the most romantic cruise regions to go to. This line is a favourite among older couples celebrating elegant honeymoons and anniversaries.

Crystal Cruises offers superb Continental Asian fusion and Italian cuisine in a formal setting. And Seabourn Cruise Line also gets high marks for its onboard restaurants.

For fitness buffs who want a more upscale cruise, look at Crystal Cruises.

SeaDream Yacht Club, Star Clippers and Seabourn Cruise Lines are also near the top of the list for water lovers.

If Celebrity Cruises’ isn’t for you, have a look at Crystal Cruises.

Oceania Cruises and Azamara Cruise Club both operate 700-passenger mid-sized ships, but sport a more casual vibe than Crystal Cruises while still having an elegant ambience and intimate dining.

Royal Caribbean International has teamed up with Fisher Price to offer Aqua Babies and Aqua Tots programs for kids aged 6 – 36 months, designed for parents and kids to play together. From ages 3 – 17, the kids are broken up into five groups with age-appropriate kids’ lounges and activities. 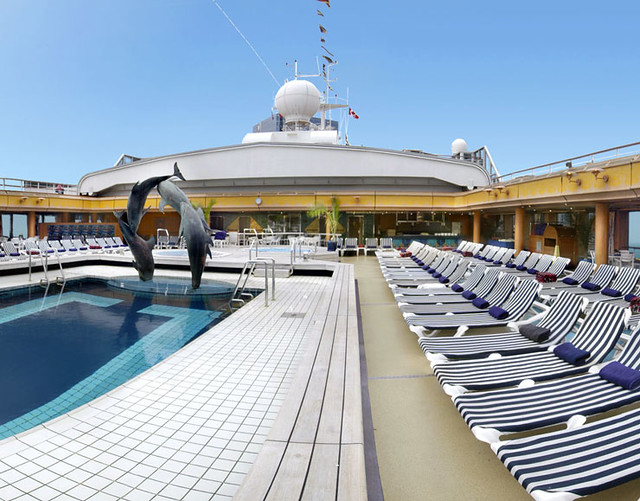 Looking for more information on Cheap Cruises or Cruise holidays? Call a cruise holiday expert at a Cruiseabout store nationwide on 0800 22 11 14.